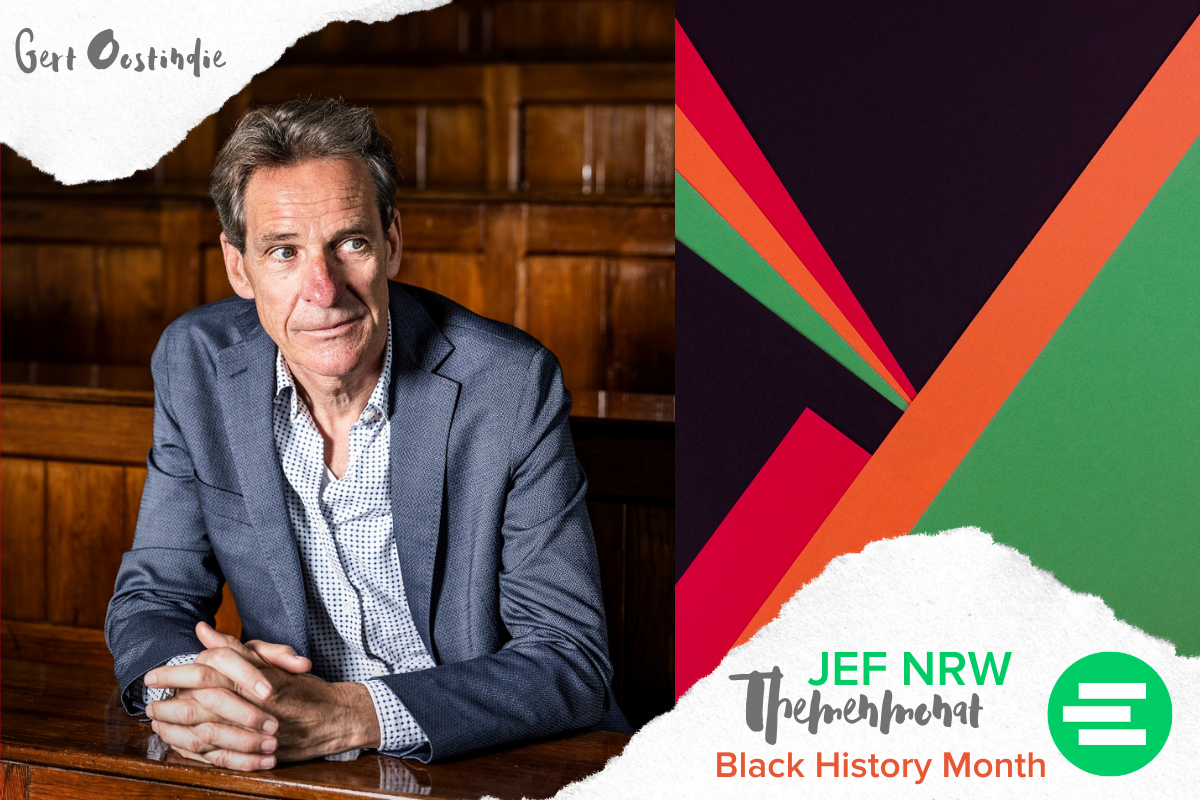 European Colonialism has fundamentally shaped the world we live in today. In some countries this legacy is more present than in others. In the context of Black History Month we interviewed Gert Oostindie, Professor of Colonial and Postcolonial History at Leiden University, on a European perspective on Colonialism and its impact today.

Prof. Dr. Gert Oostindie is director of KITLV/Royal Netherlands Institute of Southeast Asian and Caribbean Studies (KITLV-KNAW), and Professor of Colonial and Postcolonial History at Leiden University. His main research covers slavery, ethnicity, decolonisation, postcolonial migrations, and the role of colonial history on the Dutch and European identities. This interview was partly based on his book Postcolonial Netherlands. Sixty-five years of forgetting, commemorating, silencing, and his article “Public Memories of the Atlantic Slave trade and slavery in contemporary Europe”.

How do European Countries handle their colonial past?

Within Europe there is a group of countries that had colonial pasts and a group that has not. States with colonial pasts have different ways to come to terms with it. Talking about slavery and slave trade, the three countries most involved in north-western Europe (UK, France, Netherlands) have tried to come to terms with it over the past decades. They talked about it, expressed remorse, built monuments, and seek collaborations. This is not so much the case in Spain and Portugal, two countries also heavily involved in slave trade and slavery. They have another way of national history making which is in that sense less self-critical, but deals mainly with their more recent past, for example the civil war in Spain, the Franco and Salazar regimes. Another fact is that France, UK, and the Netherlands have considerably larger Afro-Caribbean communities who put it on the political agenda.

Talking about other European countries with colonial pasts, Germany has a much shorter, but violent colonial history particular in Africa, and there is also awareness which is growing. Smaller countries in the sense of smaller population such as Denmark having been involved in colonial activity also start to face it. Italy is rediscovering some of its colonial history in Northern Africa.

Eastern European countries do not share that history but rather one of being colonialised. Some of them were part of the Austrian-Hungarian empire, were colonised by either Germany or Russia in the 20th century in and after the two World Wars. They finally got independent but that is their past about which they worry, and it is painful to come to terms with that. It is understandable for these countries to reflect on their more recent pasts rather than thinking about colonialism somewhere else.

But if you are a part of Europe than the colonial past is part of your European history. European Union is a union of interests, but also claims to be a community of values. When talking about European values today it is important to reflect on where they come from and confront out ideals with our practices in the past.

I am not aware of it. Considering the significance of the colonial past also for today, the remembrance has been mainly divided. It is mainly done on a national, not on a supernational level. I was just invited last week by the European parliament to give a keynote lecture at a session about European colonial past on the International Day of Remembrance of Slavery this year in December. This shows a growing awareness and interest. I also said to myself that this is a good opportunity to put this on the agenda.

Because this is important for all of Europe, also for the countries which were not directly involved: it says something about European values, values we nurture. It is not about saying that I or you were personally responsible, but that we are part of Europe and this is a part of European history and therefore it is important to reflect on it.

Why is the reappraisal of the colonial past so different in European countries?

This depends on different conditions:

1. Where is your own history located?

If you have countries with no colonial past at all, then there is no talk because it happened somewhere else. For example, in south-east Europe, the Ottoman Empire was close, and the Turks were considered a menace. There are centuries of history of Christian-Muslims encounters, so they feel that this is the part of their history. In north-west Europe that is no part of common memory.

2. If you have a colonial history, do you have postcolonial communities reminding you of that history? And if they do, how do they remind you?

Then again in France, there is a considerably large community of white people returning from Algeria. That is a group in which large parts were angry about the loss of the empire. Another example were the repatriates in the Netherlands from the Dutch East Indies who were themselves part of the colonial system. That is not a group which is necessarily critical about colonialism, whereas people who descended from enslaved Africans generally are.

3. Is a nation-state willing to face up the negative side of its own history?

I would say that the importance to reflect on our colonial past lies in contrasting what we feel should be constitutive ideas about European community which is about European values and confronting them with our practices over the last centuries.

But these things do not come by themselves. It also takes political leaders who are willing and able to get the topic on the agenda and say why it is important. I would say that the importance to reflect on our colonial past lies in contrasting what we feel should be constitutive ideas about European community which is about European values and confronting them with our practices over the last centuries.

In the debates in the Netherlands, I often state that this is not about saying that we are ‘bad people’. The point is that you should reflect in literally terms on your past sins to hope to learn something for the future.”

Where do you see need for action of the European Union?

1. More awareness should be raised within European Union.

That means taking on board that we should be very critical of our own traditions and to speak out for a broader recognition of our colonial past.

This can be done on the national level for example through in-depth education, building monuments, hosting debates. On European level we can create more spaces and room for these issues in which we can speak about European controversies. In these debates, it would be important to connect it to racism as a legacy of colonialism.

2. Contemporary European politics should start by listening rather than imposing their ideas on former colonies.

What colonialism has meant in territories being colonialised is a different question and it is difficult to make general statements about it.

Many of these territories suffer today from climate change and request climate justice. They did not cause all of these problems, but they suffer from that.

If we look about the most pressing problems today, climate change is on top of the agenda. On the one hand, it is good to be aware that climate change really accelerated because of colonisation and hence in colonial territories. Many of these territories suffer today from climate change and request climate justice. They did not cause all of these problems, but they suffer from that. A part of it has to do with colonialism and a part of it has not. But it is important to be aware of our colonial history and of the responsibilities arising from it.

There is always the risk when you talk about making amends or ‘doing good’ that the question whether the former colony is interested or not is overlooked. That is why it is more important to listen than to impose our ideas on former colonies.